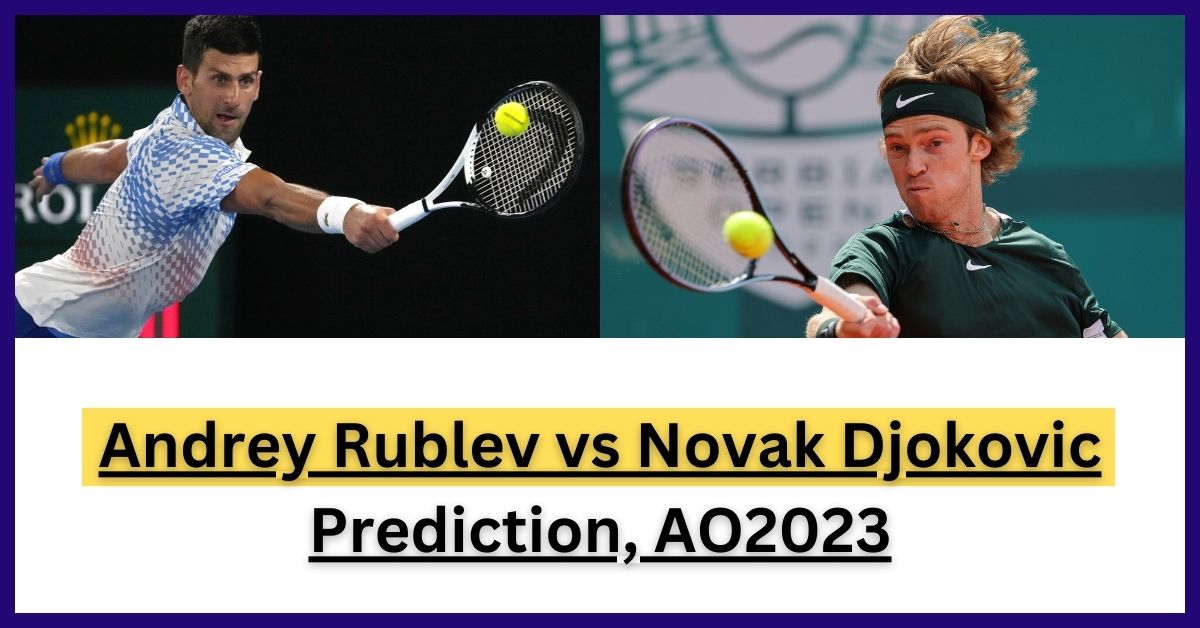 On Wednesday, all eyes will be on the Rod Laver Arena as Andrey Rublev, and Novak Djokovic compete for supremacy. Which of these players will advance to the Australian Open semifinals in 2023?

We know you’re looking for analysis and tips to help you predict the outcomes of the Australian Open’s most important games. That is why we investigate every detail surrounding the world’s best tennis players. As a result, we can provide you with accurate data and make objective decisions. Read our free predictions and tips for Andrey Rublev vs Novak Djokovic to place the best bet.

Andrey Rublev needs to Win at Least One Set

So far, Novak Djokovic has looked unbeatable in this tournament, dropping only one set in four matches. The former World No. 1 has not been broken in three of the four matches he has played. On the other hand, Andrey Rublev will be a bigger fish to fry than the other players he has faced. The Russian has a strong return game, averaging nearly 15 breakpoints per match. While we believe Novak Djokovic will win this match, we don’t believe it will be in straight sets.

We’ve already established that we don’t expect this match to end in straight sets, and we believe it will last at least 35 games. It’s worth noting that this match could go straight sets and still finish comfortably above this line. Given Rublev’s recent form, we’re fairly confident that he’ll give the nine-time Australian Open champion a run for his money, which is why we’re backing the over.

Now that we’ve settled on our predictions for this game let’s look at how these players have performed thus far.

In the final four rounds of this tournament, Andrey Rublev defeated Dominic Thiem, Emil Ruusuvuori, Daniel Evans, and Holger Rune. The 25-year-old will face his most difficult opponent yet: an in-form Novak Djokovic. Can Rublev beat the former World No. 1 to advance to the semi-finals?

Novak Djokovic extended his winning streak to nine matches with a straight-sets win over Alex de Minaur; he has now won 34 of his last 35 competitive singles matches. As he approaches his 10th Australian Open title, Novak will be optimistic about his chances against Andrey Rublev.

These two players have met twice in the last two years at the ATP World Tour Finals. With two wins in three meetings, Novak Djokovic leads the head-to-head between these two.