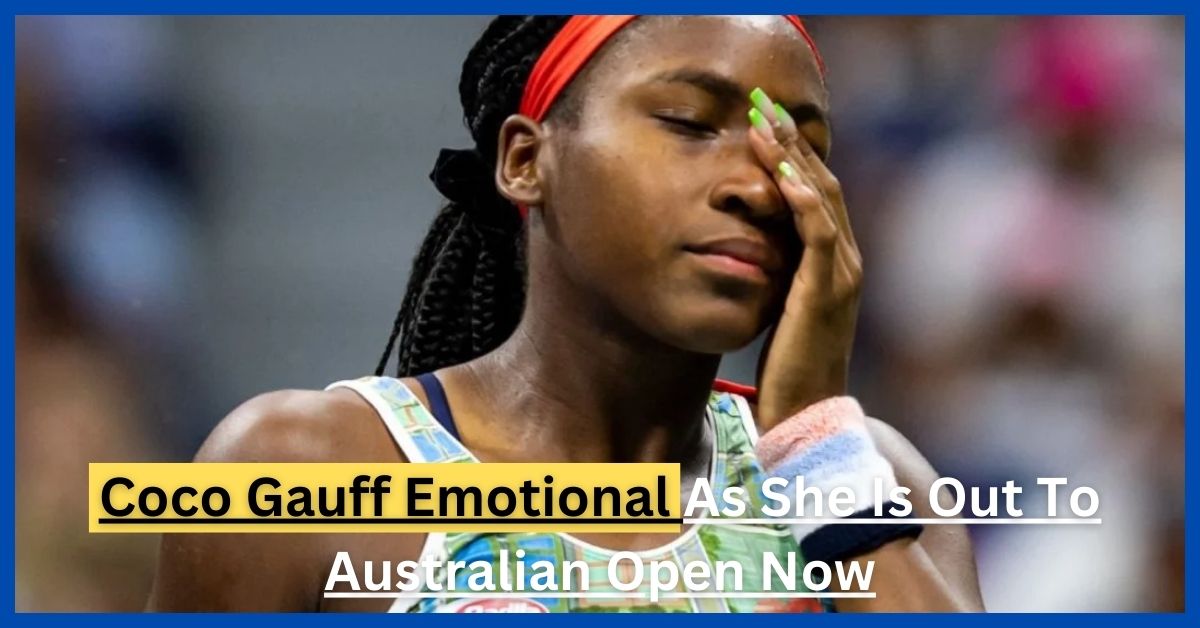 Coco Gauff wept after losing in straight sets in the fourth round of the Australian Open on Sunday, as fellow American Jessica Pegula advanced to the quarterfinals.

Gauff, 18, fell 7-5, 6-3 against Latvian Jelena Ostapenko on Margaret Court Arena and couldn’t disguise her displeasure when speaking the reporters after the match.

“I think it’s because I worked extremely hard and I felt pretty good heading into the tournament and I still feel good,” a heartbroken Gauff explained. I still believe I’ve made significant progress.

“However, when you play a player like her and she plays extremely well, it’s as if there’s nothing you can do.

“So that aspect is a little irritating.”

Gauff was the seventh seed in Melbourne and had had a great start to the season, winning the ASB Classic in Auckland earlier this month for her third WTA singles championship.

However, Ostapenko stood steady when it counted, saving seven of the eight break points she faced and taking all three of her opportunities on Gauff’s serve.

“I think every defeat is something in my control because I do feel like I’m a decent player,” Gauff said, according to Reuters.

“There were instances in the match that I was getting angry because I generally can problem solve but today I feel like I didn’t have many answers to what she was doing.

“There were balls I was hitting deep and she was hitting them on the line and hitting them back deep, like, over and over again. It’s just one of those days when things didn’t go my way and instead went her way.”

For the first time at Melbourne Park, Ostapenko has advanced to the quarterfinals, where she will face Elena Rybakina, who upset women’s world No. 1 Iga Wiatek on Sunday.

After reaching the quarterfinals last year and winning eight championships, including two grand slams, Wiatek was the tournament favorite.

“I felt the pressure, and I felt that ‘I don’t want to lose’ instead of ‘I want to win’. So I think that’s a good starting point for what I should work on in the next weeks,” Wiatek told reporters.

Rybakina, who was born in Russia but has represented Kazakhstan since 2018, won her first grand slam championship at Wimbledon last year.

After defeating Czech Barbora Krejcikova 7-5 6-2 in one hour and 41 minutes, third seed Pegula is currently the highest-ranked player left in the women’s tournament.

The Australian Open in 2023 will be held in Melbourne until January 29.