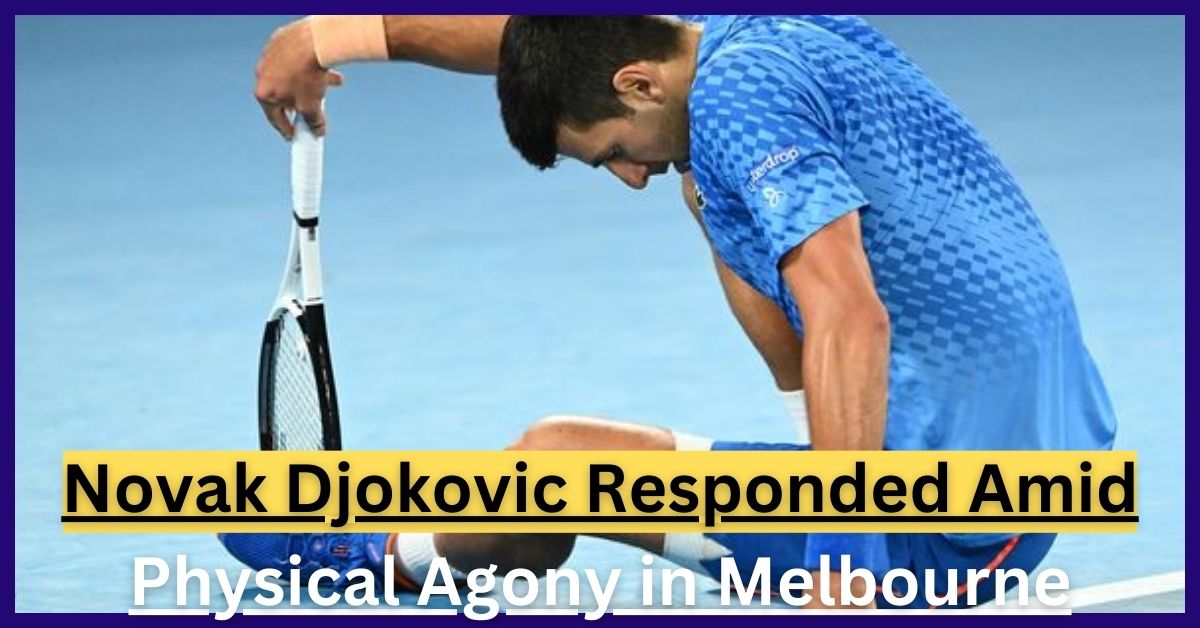 Novak Djokovic has responded to critics who have accused him of faking injury.

“I’m not faking my hamstring ailment,” he says. When other players are hurt, they are the victims; when it is me, I am the perpetrator. I don’t believe I have anything to prove to anyone.”

The Serbian’s left leg has been a significant discussion topic at Melbourne Park since he came with the ailment and subsequently required medical timeouts in his second and third-round matches of Australian Open 2023.

In statements obtained by tennismajors.com from Serbian media, Djokovic responded to those who questioned if he was truly hurt, saying: “Let those who are skeptical think for themselves.

“Only my injuries are being investigated. When other players are hurt, they are the victims; when it is me, I am the perpetrator. It’s quite intriguing. I don’t believe I have anything to prove to anyone.

“I have the MRI, ultrasound, and everything else from two years ago as well as presently. It depends on how I feel whether I would broadcast it in my documentary or on social media. Perhaps I will, perhaps I will not.

“At this point, I’m not really concerned about what others think or say. It’s exciting to observe how the story about me unfolds, (a) a narrative that differs from that of other athletes who have faced comparable challenges.

“But I’m accustomed to it, and that simply gives me more strength and determination. As a result, I thank them.”

Djokovic won the title two years ago despite suffering an abdominal muscle ailment during his third-round encounter against Taylor Fritz. And there have been other encounters, most notably the 2015 Wimbledon final against Andy Murray, in which he seemed to be suffering but recovered to win.

However, he has not always been able to play through ailments. He retired from the Wimbledon quarter-finals in 2017 due to an elbow injury, and he withdrew from the US Open in 2019 due to a shoulder injury.

Meanwhile, his most recent setback in Australia, in the fourth round against Chung Hyeon in 2018, forced him to have elbow surgery.

The reaction may be compared to Rafael Nadal, who concluded last year’s French Open on crutches due to a longstanding foot condition and was warmly commended for his efforts in earning another title.

Asked about Djokovic’s injuries, his opponent De Minaur said: “I think everyone’s kind of seen what’s been happening over the two weeks. It’s all that everyone has been talking about.

“I was up against him on the court. I’m either not a good enough tennis player to notice, or it looked excellent to me.”

On Tuesday, the 23-year-old resorted to social media to voice his displeasure with the way his words were reported. “I despise how the media always creates controversy and pulls things out of context in order to generate a headline,” he wrote. “Last night, I was outplayed and outclassed. For a change, let’s concentrate on tennis. You can depend on me to return to work and improve. Thank you very much, Australia.”