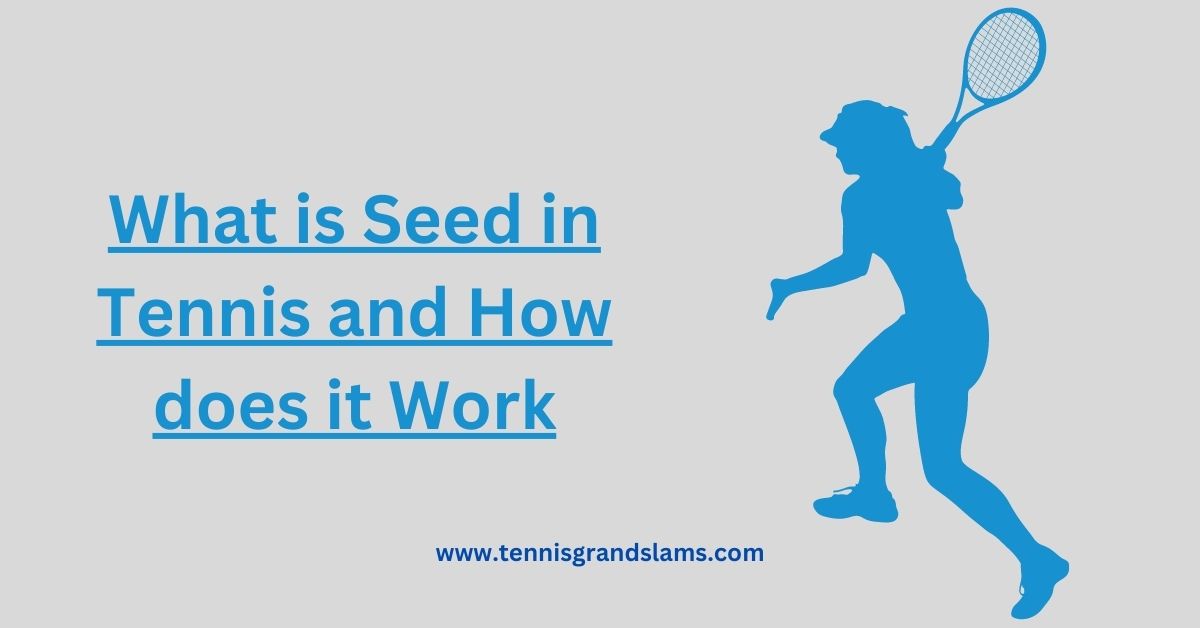 The tennis fans are aware of the word seed, which does not have the same intent as conventional seed (which means the grain used for plantation).

In tennis or sport, seed is the procedure of making the bracket or teams to keep up the healthy competition throughout the tournament. For example, if a player had a good performance in the regular season, he will be ranked 1st in the list and called the top seed. The one who secured second in the performance will stand at 2nd.

In the seeding system, the one on the top will be played against the last. The one is on the second will have to complete the second last in the list and go on…

In professional tennis tournaments seeds players on the basis of their ranking. Their performance may examine the ranking during the last season or tournaments.

The number of seeds depends upon the size of the tournament. If the event has recognition worldwide or has participants from big nations, then there will be more seeds.

The tennis Grand Slams were started with the 8 seeds, later on, this quantity increased to 16, and now it has raised to 32.

There are 2 versions of seeding in tennis events, actually.

One version, for example, works as follows in the case of 8 seeds:

Most tennis tournaments, however, follow a different procedure in which the first and second seeds are placed in separate brackets, but the third and fourth seeds are assigned to their brackets randomly, as seed 5 through 8, and so on.

As a result, some brackets may contain stronger players than others. The fact that only the top 32 players are seeded in Tennis Grand Slam tournaments adds to the randomness: the 33rd best player in a 128-player field may end up playing the top seed in the first round.

If there are no upsets in the tournament, here is the intent of bracket seeds are designed for the purpose: