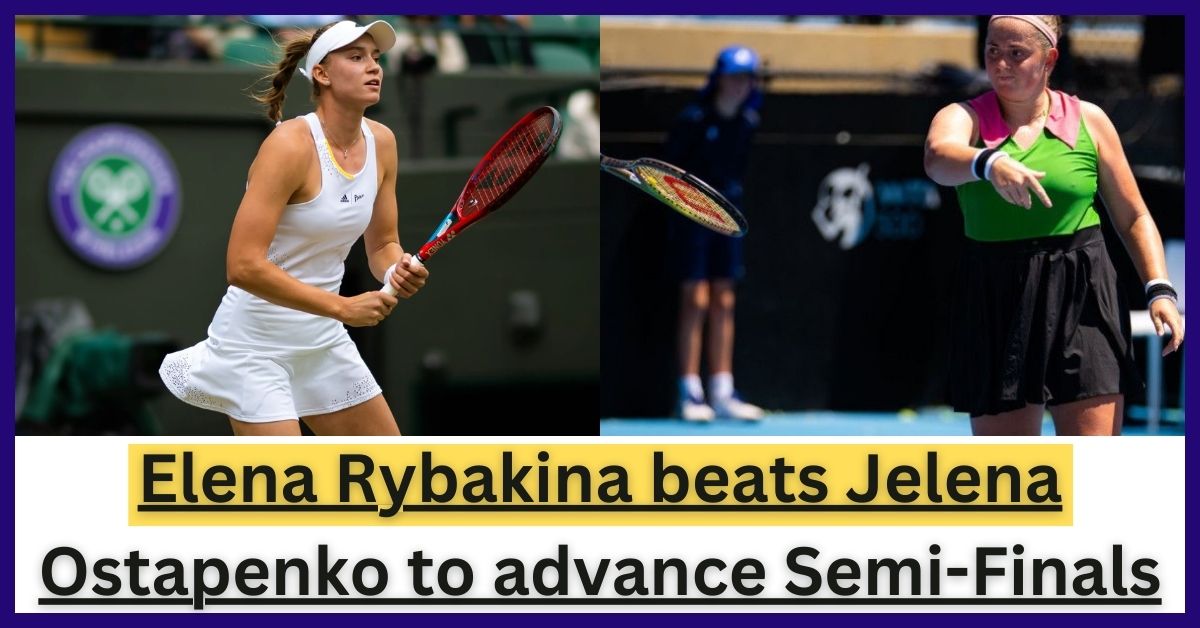 Following a significant rain delay on Rod Laver Arena, the Kazakh won in one hour and 19 minutes.

Rybakina, seeded 22nd, will compete for a spot in the final against either American world number three Jessica Pegula or two-time winner Victoria Azarenka.

“I’m overjoyed to be in the semi-finals for the first time,” Rybakina, the youngest player remaining in the women’s draw, said.

“Of course, I was apprehensive, particularly during the last game. I’m relieved that I was able to control my emotions and perform well today.”

Despite winning the most important championship in her career, Rybakina fell to 25th in the world, where she remains, because ranking points were not granted at the grass-court major.

She later said that she did not feel like a Grand Slam winner and began her Melbourne campaign on court 13 rather than a display court.

After being reintroduced to the main draw at Melbourne Park, she backed up her remarkable win against top seed Iga Swiatek with another devastating performance against 2017 French Open winner Ostapenko.

“I believe I gained all of my experience at Wimbledon, which is now benefiting me here in Australia. I know what to anticipate, “Rybakina explained.

Rybakina made a solid start in a match involving two of the three major champions left remaining among the last eight, breaking 17th seed Ostapenko’s serve in the first game.

She opened herself another chance in game five with her tremendous shot-making before play was halted by rain, returning after around a half-hour stoppage to grab a double break lead and eventually serve out the set under the roof.

With a break at the start of set two, Ostapenko promised a comeback, but Rybakina quickly snuffed any dreams, recording three breaks in response to put her second major semi-final into focus.

She went on to win the match in dramatic fashion, sending down a last ace to increase her tournament lead to 35.