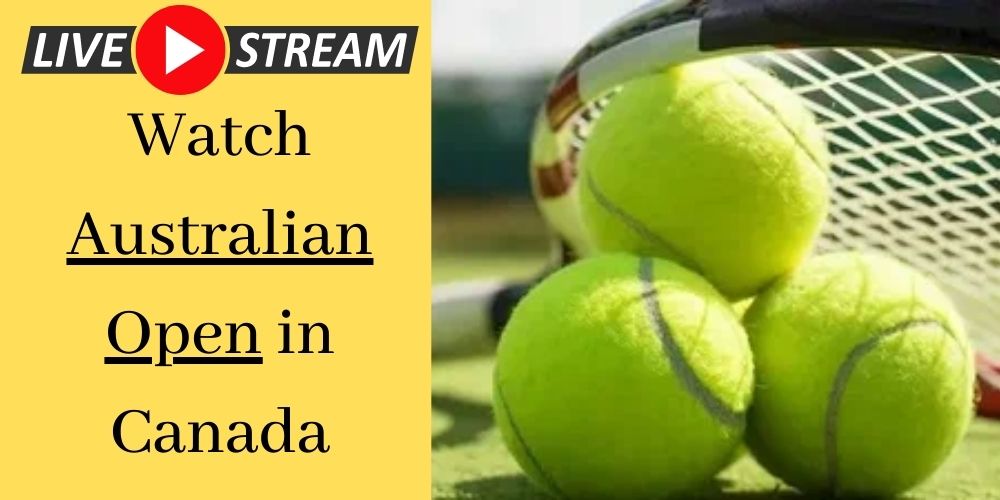 Tennis has become one of the top sports in Canada. The frequency of tennis play in Canada has increased by 36% in the past two years, with 6.5 million Canadians hitting the courts last year. Canadians also love to watch tennis games, especially Grand Slam events.

Tennis Australia has granted rights to a Canadian broadcaster to televise the Australian Open live for Canadian fans.

Among North American Countries, for Canada TSN is the exclusive rights holder for the live broadcast of the Australian Open.

The TSN Go app is available for devices such as Smart TVs, Blueray players, iPhones, Android phones, game consoles, and computers. Further, for a subscription, day pass, month pass, and annual pass are available. You can access TSN GO for $7.99/day, $19.99/mo, and $199.90/year.

Alternative to TSN GO, there are several Over the top Services. Subscribing to them, you can watch live coverage of the Australian Open.

You don’t have to worry if you don’t have cable. Many streaming services provide access to ESPN and Tennis Channel. Both of these channels are official broadcasters of the Australian Open. These are far cheaper than cable and offer a lot of other benefits.

The table below describes a summary of popular streaming services.

How to unblock Streaming Services for the Australian Open in Canada

All of the five streaming services mentioned above have geo-restrictions. These services are available for residents of the United States only. If you try to access these services from anywhere else, a message will pop up to your screen “Sorry, we don’t operate in your area”.

Don’t you need to worry! I am sharing the key to unlock the geo-block. Use a VPN and get access to any of these services as well as Netflix, HBO Max, SHOWTIME, etc.

How a VPN works

Virtual private networks (VPNs) connect remote sites or users using a public network (typically the internet). The VPN connects the remote office or person to the business’s private network via the internet via an anonymous “virtual” connection. VPNs enhance security because encrypted data cannot be read by anyone intercepting it.

To connect to any streaming service, you need a reliable VPN. A reliable VPN ensures high speed, data privacy, uninterrupted services, ease of installation, and much more.

Many of VPN providers claim to be the best. But, in my opinion, ExpressVPN is best. In addition to having all the above features, it offers a zero-log policy. You can also connect it to multiple devices using a single account. So, it is a family package.

Don’t worry about support. ExpressVPN offers 24/7 support, so you can connect anytime if there is an issue. Still reluctant? Just go as ExpressVPN offers a 30-day money-back guarantee, so you have plenty of time to taste the services.

Steps to access Australian Open in Canada with VPN

Following these simple steps, you can connect to VPN and streaming services and vice versa.